Safety in numbers within Chinese society 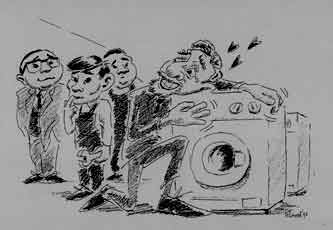 [...] Chinese are dragons, each fighting for his own goals. A Chinese man said about this: "Our problem is that no one has risen yet to organise all these dragons. Once this has happened, wonders will occur" [...]

[...] Chinese are known for being good salesmen and buyers. A good salesman should be individualistic and not dependent on 'the group'. The choice of 'safety in numbers' from the menu of defense mechanisms would be fatal to any salesman. The need to go back to the office, or back to colleagues should be minimal in order to maximize sales. The perfect salesman should feel happy on his own in his hotel making plans for the next day of work. Successful salesmen are usually poor managers. Managers should focus on orienting the team. They should enjoy having people around and be adept at collaborating to develop new plans. Managers should be social architects and inspirations to their staff. They should be in touch with the bigger picture and keep abreast with developments in their field. Managers are characterized largely by the 'safety in numbers' choice in the menu. According to Western standards, it is not easy to find good managers in China. [...]